We’ve had a great reaction to news about the book launch on April 24th. People have already confirmed that they will be flying in from as far afield as England, Spain and Scotland to attend. So please keep passing on the word.

Many people were surprised to hear about Travels with Bertha, as they hadn’t even known I had completed it, let alone got it to publication stage. And so many seemed to echo my feelings – and my motivation for writing TWB in the first place i.e. that no convincing book seems yet to have been written about this mass exodus experience for so many 100,000s of people over the last two decades. 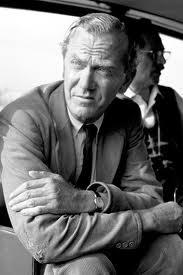 Graham Greene, famously, once went travelling in the 1930s with his first cousin to West Africa. Both wrote books about their journey and so different were their narratives it was as each had been to utterly different places. It only goes to illustrate how people’s character and motivations can so completely colour their emotional response to and perception of what are ostensibly the same experiences. I’m sure the same will be felt by those reading about Australia and their years in there when they pick up Travels with Bertha.

SO, WHAT THEN IS THE BOOK ALL ABOUT?!

Well here’s the blurb from the press release….so that’s one take on it (now whether Graham Greene’s cousin Barbara would agree or not……!)

“Travels with Bertha is the story of the real Australia. Extending a one-year working holiday visa into thirty months, Paul lived the colourful, precarious and occasionally solitary life of a ‘backpacker’ in various locations throughout Australia, travelling extensively through every State and Territory in Australia including a trip across the Bass Straits to Tasmania. In this and two other journeys across the continent, he travelled (and slept) in Bertha, encountering many fascinating characters and much of Australia’s hidden history and landscape. He also picked up fellow travellers of various nationalities: Australian, American, Canadian, Dutch, English, Finnish, Lebanese, Indonesian, German, Irish, Israeli and Swedish.

Travels with Bertha is the perfect book for not only those planning on or dreaming about visiting Australia, but also those who have returned and want to relive their years Down Under. A light-hearted travel book with strong historical content, Travels with Bertha details Paul Martin’s two years spent travelling through Australia in a 1978 Ford Falcon station wagon. Guaranteed to give you itchy feet!”

One thought on “Our man in Australia”